Who has blue skys? Sick of this smoke and it being so smoky you cant see anything, need a rode trip how far east do i need to go?
Posted By: Paul Dobbins

We've got lots of blue sky. It's going to change to gray rainy sky soon though.
Posted By: H2ORat

I'll let you know when i get to the east side of our state in a few days.
Posted By: Foxpaw

We have had some smoke the last couple of days, it was bad tonight seemed to be in pockets here and there but thick where it was at.
Posted By: waggler

Haven't seen the sun in probably a week, but it rained a little this evening so it appears there are now clouds above the smoke; I think that's a good sign.
Posted By: weaselnut

Been horrible here the last few days.
Posted By: Bob

Clear as can be here in fly over country.
Posted By: Lugnut

The smoke from the western fires reached the east coast a few days ago.
Posted By: Gary Benson

It's clear here, but was smoky south of here. Depends on where the breeze carries the smoke.
Posted By: Lugnut

We are under a high-pressure system here in PA right now and should have clear, bluebird skies.

Instead we have a smoke filter. my daughter sent me this pic of the sun two days ago. 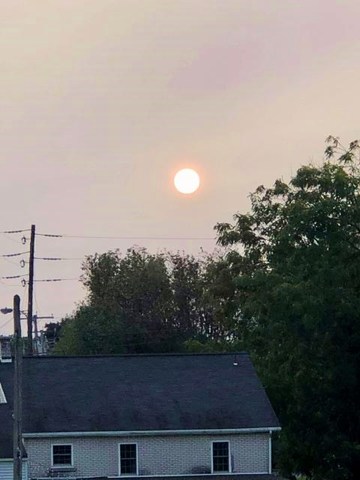 So where's your PA smoke coming from?
Posted By: concrete man

We have smoke thanks to California tree hugging .
Posted By: Lugnut

Originally Posted by Gary Benson
So where's your PA smoke coming from?

Up here in Nova Scotia we are getting a haze from the California fires..
Posted By: Rat_Pack

Hazy smoke sky even here in NY, but it's 30K feet up
Posted By: Mark June

It's sunny in Texas. I'm not a native Texan, but I don't think they allow smoke from other parts around here.
Posted By: Lugnut

It is and I didn't realize it was happening until my daughter sent me that pic. I realized we should have had clear skies due to the high-pressure system so started doing some research. They say the smoke is up around 30,000 feet, up in the jet stream I guess. 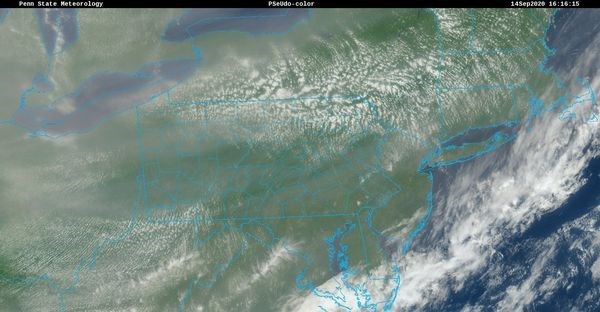 The whiter areas are clouds, a patch of cirrostratus along the PA/NY border and stratus along the east coast. If you zoom in you can see all the hazy areas that are smoke. The pic is from 48 hours ago, smoke was just reaching southeastern PA.
Posted By: GROUSEWIT

Originally Posted by nvwrangler
Who has blue skys? Sick of this smoke and it being so smoky you cant see anything, need a rode trip how far east do i need to go?
England
Posted By: grapestomper

We were driving home last night and I told my wife the only time i have seen the skies that color is with smoke.
Never thought it could Reach the U.P. from the west coast.
Posted By: H2ORat

I'm thinking that all you other states with no fires should grab a lawyer or two and sue oregon,washington,and california for mismanaging the forests and the health impacts it has on you.
Posted By: 330-Trapper

Originally Posted by Rat_Pack
Hazy smoke sky even here in NY, but it's 30K feet up
Correct
Posted By: Gary Benson

Correction. It's here this morning.
Posted By: Sharon

I so dislike high pressure systems in summer, like the one that is just about ready to leave , south of here. It is taking up the coastal smoke and swirling it in the jet in a northward spiral east.

In a day or so it is supposed to move out with a low pressure system dropping in from the north , with much needed rain. The rain will help the firefighters on the coast, and clear out the smoke . Can't wait.
Posted By: Yukon John

Jetstream, I would say.
Posted By: SpottedOwl

Nope, already there. Supposedly will be in Japan by Friday. According to the meteorological geniuses theyre interviewing on the radio all day.

Originally Posted by H2ORat
I'm thinking that all you other states with no fires should grab a lawyer or two and sue oregon,washington,and california for mismanaging the forests and the health impacts it has on you.

Already in the works. Legal action filed in Salem this afternoon.

Weve been up above Silverton and Scotts Mills since Labor Day. Tried taking pictures, smoke so thick the camera couldnt focus. At times visibility down to less an a 75 Spencer tape. Talking with line guys from here and there, it will take the winter snow and rain to kill these. They will also likely spring up again next season. A lot of people dont realize contained is not the same thing as out. Volunteer bodys are being sent home and fire crews are being demobilized and sent back to their communities to stand guard, restock and recoup. Evac zones are being down graded and people are being let back in to find what they find at their homes. Immediate threats are all but over, right now. If the wind shifts again all hel will break loose. The valley is getting a good taste of fire the rest of that the deals with to often. Maybe the granola grinders will open up thinking to better forest management practices now. 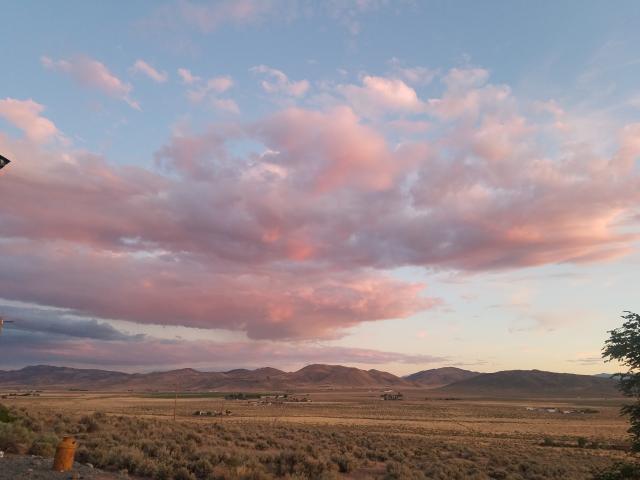 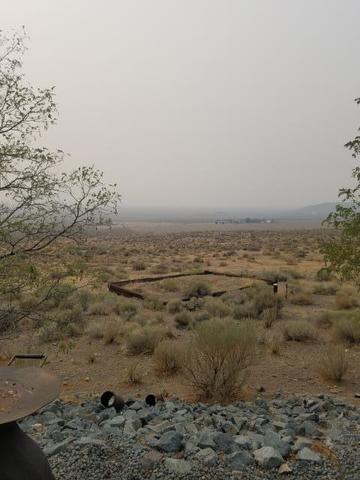 Nope, solid overcast thanks to Sally.
Posted By: Pete in Frbks

Currently assigned on the Lionshead Fire in central Oregon.

Can barely see the 10,000 ft. mountain 3mi. from my house. Gettin' really tired of the smoke!
Posted By: Slick Pan

We had fires here in 2000 and the sky was black for weeks.We have had solid smoke haze since Sunday.Can maybe see 200 yards at best.
Posted By: Trapper Dahlgren