Singer songwriter Jerry Jeff Walker just passed away. He is best known for writing one of my favorite songs--Mr. Bojangles,which became a top 10 hit in 1971 when it was recorded by The Nitty Gritty Dirt Band.
RIP. Jerry Jeff.
Tom
Posted By: west river rogue

Originally Posted by Bogmaster
Singer songwriter Jerry Jeff Walker just passed away. He is best known for writing one of my favorite songs--Mr. Bojangles,which became a top 10 hit in 1971 when it was recorded by The Nitty Gritty Dirt Band.
RIP. Jerry Jeff.
Tom
loved nitty gritty version!!!https://www.youtube.com/watch?v=e-LVXR6rjXs
Posted By: AntiGov

I love the song "Mr.Bojangles".

I especially love the verses about his dog, though they make me sad.

"Mr. Bojangles" and "The Ballad of Curtis Loew" by Lynyrd Skynyrd always go together in my mind.

Yeah I heard that. One of my favorite songs. It was the nickname of my old dog.
Posted By: Allan Minear

RIP Me Bojangles and thank you for the great memories and the music .
Those of us who have looked the devil ( cancer ) in the eye and survived need to be thankful so many don't I hope and pray that changes sooner than later !
Allan
Posted By: Leftlane

May he rest in peace. He sang at Gruene Hall every year until now. Texas will miss him.

Now I'm going to be singing that song all day and remembering my college days.
Posted By: mole 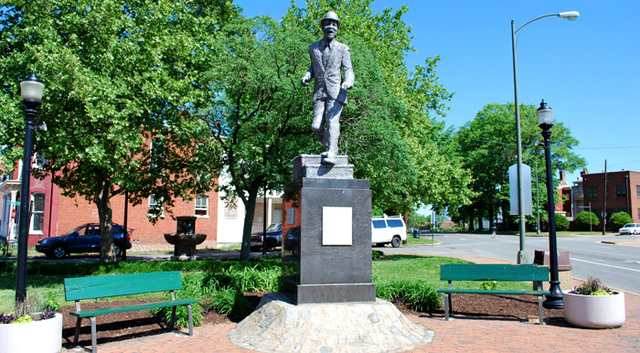 The second time I saw him was at the Yellow Rose in Corpus Christi in the summer of 1981. He was drunker than a skunk and it was probably the best singer-songwriter show I have ever attended. RIP gypsy song man. I'll bet old Charlie Dunn has a pair of handmades already waiting for you. You'll be missed.
Posted By: Marty B

Austin's Jerry Jeff Walker first introduced Jimmy Buffett to Key West in 1971. The latter was on the run from Nashville, recovering from his flopped first album, Down to Earth, and a recent split from his first wife. Walker had royalties to burn after the success of 1968 hit "Mr. Bojangles," so he hosted his protégé there, and in doing so fed right into his friend's familial seafaring background  fostering a Caribbean awakening that changed the course of Buffett's life.

Moreover, as Walker settled into the progressive country scene of Texas in the early Seventies, he connected Buffett to the burgeoning alternative to Music City.
Posted By: Bogmaster

Prayers for all.
Posted By: 330-Trapper

Originally Posted by Bogmaster
Yes,Bill Robinson was--Mr. Bojangles.
Robinson was known as Bojangles, but, the song, according to Wikepedia:
Quote

The song "Mr. Bojangles"
Jerry Jeff Walker's 1968 folk song "Mr. Bojangles" has been misinterpreted as a song about Robinson. According to Walker, it was instead inspired by Walker's encounter with a street performer in the New Orleans first precinct jail, a street performer who called himself "Bo Jangles".[38] In the song, the street performer is a heavy drinker and has a dog that died. By Robinson's own account and those of his friends, he neither smoked nor drank (although he was a frequent and avid gambler),[10]:p. 121 and he never had a dog.
Posted By: Tom cat

If I could just get off of that LA freeway without getting killed or caught.
Posted By: Trapset

I went to see JJW in Omaha when I was a kid, 78 or 79 I think. He was wearing a black T shirt that said Disco Sucks on it and no cowboy hat. He was so drunk he started the first song and switched to another in the middle. The opening band had to come out and play after Jerrys attempt at the first song. We thought it was hilarious and had a great time anyway, well except for my buddys dad who drove us there.LOL

He sang like he lived and visa versa. RIP Jerry.
Posted By: Lugnut