I need a vehicle to use solely for work. Majority of my driving is long distance and highway. While a car would be most appropriate, there are times where I need to transport many large traps/ladders/kayaks. Majority of the drivig will not necessitate that type of equipment though. My main concerns are gas mileage and reliability


For those of you who drive 4cyl 2wd Toyota tacomas, how are they on reliability and gas mileage?
Posted By: Throw Back

Idk about the Tacoma, but I went from a v6 or it might have been an 8 with 4wd to a two wheel drive frontier. I get about 15 fully loaded and 17 empty. That truck is all I need, but nothing I would ever want. I have to cram gear, its short on power, not what I would consider great on mileage, but it does the job
Posted By: Tacoman

I've had a 96' and '10 Tacoma, great reliable trucks, both 4wd so not the 2wd like you mentioned, but with any of them it'll be hard to break much past 20 unless you're unloaded and primarily on the highway.

Now that I'm in wildlife control full time I found my '10 Tacoma to be too small for my liking and sold it for a '07 Tundra with an 8' bed (still 4wd also). I still get 15 mpg or so and the truck has ample room and is way more comfortable.

I don't find the compact or mid-size trucks to really have that many advantages over full-sized unless you need a smaller truck for getting back trails and such.
Posted By: cjoutdoors

I currently drive a tundra. But we just got a large contract where I do not need to lug ladders and traps around. Mainly just commuting to the job site. So a car would suffice, and would get the best gas mileage. But the boss suggests we get a small truck to get better milage than my tundra yet still let me lug that stuff around if need be. Any suggestions?
Posted By: TDHP

Not sure how you feel about minivans but I've used a Toyota sienna for a few years in the past, even though it wasn't the ideal "man" vehicle I had plenty of space for traps great on gas added a roof rack, it was perfect for what I needed it for. I traveled from state to state in my line of work, no complaints. Not sure why I drive a big V8 Hemi with a utility trailer now.
Posted By: Albert Burns

My work Tacoma is 4 W.D. with a 4 cyl. 5 speed. It has at least 600 + pounds of equipment in it, counting the ladders and ARE cap. I can squeeze 20 mpg out of in city driving in the summer, but am lucky to get 17-18 on winter gas and with it idling. It gets no better on the highway. With a late model Tacoma in a standard cab 2 wd. with a 4 cyl. motor and a 5 speed, I would guess you could get at least 25, and I would bet 28 on the highway if you don't have a lead foot. If you want to talk to some folks that have the exact set up, check out www.Tacomaworld.com You should get any questions answered there. Those are some of the numbers I have seen posted there.
Posted By: Tylercraiglow

The best mileage for the room, so far, is my 2014 Transit Connect. But if I lose it to one of the guys, I plan to steal my wife's

Sienna. Like TDHP says, lots of room for 20 miles per gallon. I'm also hoping to get the 2015 lightweight Ford F-150 before I die.

We ordered it in December!
Posted By: Nic Pallo

Love our tacomas!
All but one have been 4wd and i miss that little 2wd one.
Current one is a 4cyl 4wd access cab are cap loaded with all my equipment and the largest weather guard pack rat they make.
I added 2 leafs to each side in the back
It would have been fine with out the packrat but that thing is heavy!
Think we have had 7 tacomas now in the past 15 years
Posted By: cjoutdoors

i guess my question becomes:

is the best bang for your buck a 4cl 2wd tacoma to pull double duty as mainly a commuter and ladder/trap hauler? or would i be better suited to a cheaper 2wd car for commuting and use the big tundra when needed?

the issue would be getting a call for a ladder job and the tundra being 40 miles away
Posted By: TRapper

This is mine but without the wrap...had to remove it when i exited the franchise 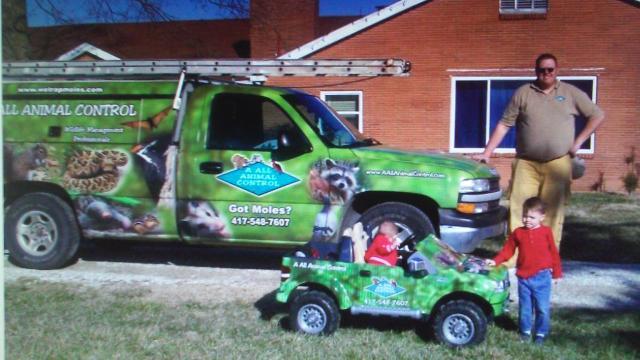 Quote:
is the best bang for your buck a 4cl 2wd tacoma to pull double duty as mainly a commuter and ladder/trap hauler

I would say so.
Posted By: Mike Hurley

I had a Tundra for less then a week. Brought it back and told them to keep it.
Posted By: Nic Pallo

Originally Posted By: cjoutdoors
i guess my question becomes:

is the best bang for your buck a 4cl 2wd tacoma to pull double duty as mainly a commuter and ladder/trap hauler? or would i be better suited to a cheaper 2wd car for commuting and use the big tundra when needed?

It may struggle a little but never enough for me to be worried. I loved the 2wd for non winter work, did awesome! I also loved how easy it was reaching stuff in the bed being that low...
Posted By: Paul Winkelmann

You will notice that Joshua Jones still has to bend down a little bit to get the ladders off the top of his truck. I'm a little

confused about Mike Hurley's post. You buy a 4wd drive to get better gas mileage? He is right about the 16 mpg though. That's exactly

My 2008 ford f150 4x4 crew cab gets 14-17 mpg gets me anywhere I have to go has a cap with ladder rack short bed and was made by great American workers who didn't take a dime from the Feds. I bought it with 26 miles on It, and it now has just over 160,000 miles the only thing I would change is a longer bed.
Posted By: Paul Winkelmann

My Transit Connect was made by great Spanish workers in Spain and they didn't get a dime from the Feds either.
Posted By: Nic Pallo

I wish Toyota would make a work mini van like that ford
Posted By: Paul Winkelmann

Nic, I've been saying the same thing for years. I'm probably wrong, but I thought they did make a work van that wasn't sold here.
Posted By: patriot_trapper 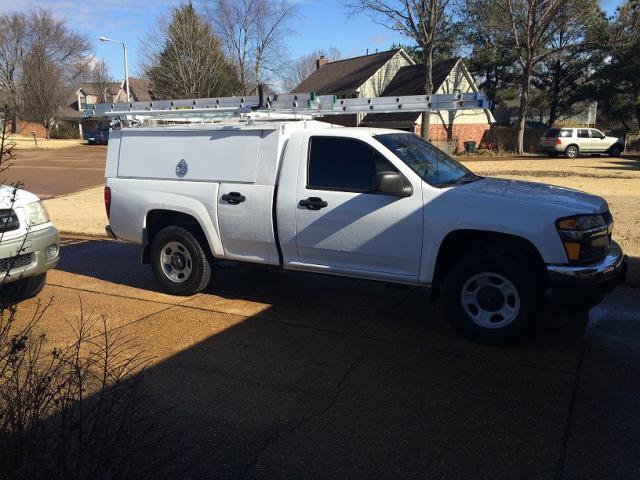 Judging by the pictures and the conversation, many of you can get by with a lot smaller vehicle than we can. All of us have dual

licenses and carry backpack sprayers, pails of poison, bait boxes, and all the other pest control paraphernalia. Add to that, all the

cages, excluders, bait, etc. that you need for catching animals and even an eight foot bed in a pick-up is crowded. Of course, when

you ask one of the techs to pick up a dead deer on the way back to the office, that's when the conversation really gets exciting!
Posted By: Nic Pallo

Originally Posted By: Paul Winkelmann
Nic, I've been saying the same thing for years. I'm probably wrong, but I thought they did make a work van that wasn't sold here.